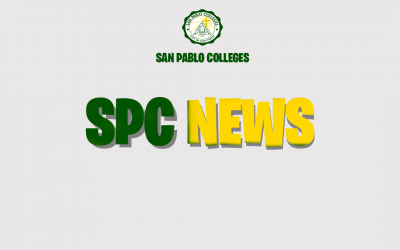 The Open Hands show the gesture of recognition and acceptance of technological ideas in the field of computer and information technology for professional advancement. It also the students’ being molded with their required computer skills, and the department’s hand reaching out and tending out to the student to carry out its mission of producing competent computer skilled individuals to answer to the global demand for computer and information technology inclined professionals. The center is the Convergence of different hardware attached to the computer system which states the department’s major focus of computer study safeguarding the trending of technology such as software, hardware and languages that comprised it. The Shielded Board Chipset symbolized the CCS values towards quality work which identify the distinctive performance as well as the trademark of excellence in professional practice. The World itself is the sphere of learning and practice thereby strengthening the connection between technology and concerns of its development and progress, thus adjustment to workplace is well-organized amidst the competitions and challenges in life.

The name of the department forming a closed circle specifies ONENESS with the Source of Wisdom, Knowledge and Understanding with the protection and blessings of the Alma Matter, San Pablo Colleges guided by the CCS family.

The College of Computer Studies seeks to provide a holistic and relevant IT-based education. It aims to produce professionals who are responsive to the needs of the times, able to maximize their potentials in all circumstances thus bringing glory and honor to God, who is the source of all things.

The College of Computer Studies is dedicated in producing well-rounded individuals who are contributory to the progress of their community and country in the field of computers. The College envisions its graduates to lead productive lives, able to contribute to local and national development goals and be good global citizens.  They are expected to be exemplars of educated men and women, able to hurdle the challenges of their world and are vital members of society.

Academic Offerings
BS IN COMPUTER SCIENCE (BSCS)
The Bachelor of Science in Computer Science (BSCS) program offers a relevant education in all aspects of computing technology to students who intend to succeed in industry, postgraduate study, or research oriented IT environment. It prepares students in diagnosing a wide range of computing technology issues, and in subsequently designing and developing the corresponding solutions.
Read More
BS IN INFORMATION TECHNOLOGY (BSIT)
The Bachelor of Science in Information Technology (BSIT) program is a collection of Information Technology (IT) tools, methodologies, techniques, and technologies applied to address business opportunities and organizational challenges. The BSIT program highlights the role of leadership in IT in creating the right IT systems, the importance of meeting agreed user requirements, and the effective use of appropriate technology and resources.
Read More
ASSOCIATE IN COMPUTER TECHNOLOGY (ACT)
The Associate in Computer Technology (ACT) is a two-year-course leading to any of the BS in Computer Science, BS in Information Technology, and BS in Information Systems degree courses of the CCS Program. The ACT program provides students with relevant knowledge in the field of computer technology. Students in this program are trained in computer diagnostics, repair and maintenance, designing electronic circuits, creating graphics images, and programming languages.
Read More